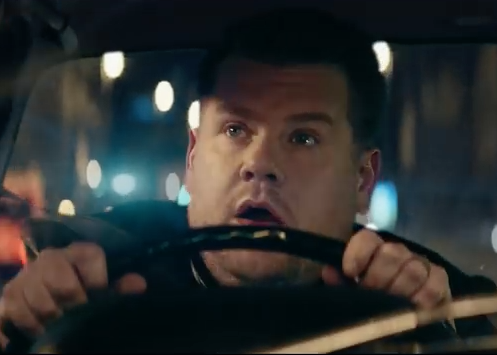 Luckily the fantastic team at Sonny London were all too aware of our time constraint and got the ball rolling immediately.

We started this job with a pragmatic and logical approach. Given the time constraints, logistical issues and the fact that Fredrik would not be in London until a week before we shot, we had to cover ourselves for every eventuality.

find started by approaching key film offices in London that we felt had the most flexibility to help us. We also contacted the MPS Film Unit and the TFL Film Office for a meeting to out line what support we could get from the police, and also how flexible the TFL could be regarding traffic light changes (when you see the commercial you'll understand).

These two actions offered up a number of options for where and how we could film. The result was a total of 28 miles of roads that needed to be scouted, run past the TFL film office, discussed with the Police and of course...... have feedback from our producer & director.

Not having our director, Fredrik, in London meant we needed to cover ourselves by permitting for every eventuality. We simply didn't know where we would end up shooting. We needed to provide enough flexibility & depth across the locations so that, at short notice, we could give the production team what they wanted. So the line was drawn in the sand. We need options, and plenty of them.

We applied for no less than 6 road closures; worked closely with the TFL regarding traffic light systems (in particular how often they changed on certain routes), where TFL might have road works that would effect our filming; and kept the MET Film Unit up to date with our progress. Some of our more ambitious plans raised a few eyebrows with various authorities. Most of which were given the elbow early on. However, this all helped shape our plan, and, by the penultimate week we were in good shape.

Filming took place over 3 days. Two night shoots and one day in a studio. It was imperative that we shot at night, not only for creative reasons, but also so that we could have the maximum amount of control and flexibility whilst shooting on the public highway. This is where the MET police came into their own. 6 out-riders on motorcycles; a russian arm; one hero car; 40 stand in vehicles (is that even a thing?!?); careful choreography and plenty of planning, and we smashed it!

The proof, as they say, is in the pudding. A job well done. A challenge, yes, but thoroughly enjoyable and certainly something we're very proud to have taken part in. Here's the spot for you to see: video.

We comply with the GDPR and any data held by us is held on the following basis provided in the GDP: Consent, Contract, Legal Obligation, Vital interests, Public task or legitimate interest and is only such data - typically name, email, phone number and address - necessary for us to contact you and payment details if we pay money to you. If you have any issues or would like to read our data protection policy or object to us holding your data and would like us to delete it please email info@wearefind.com.